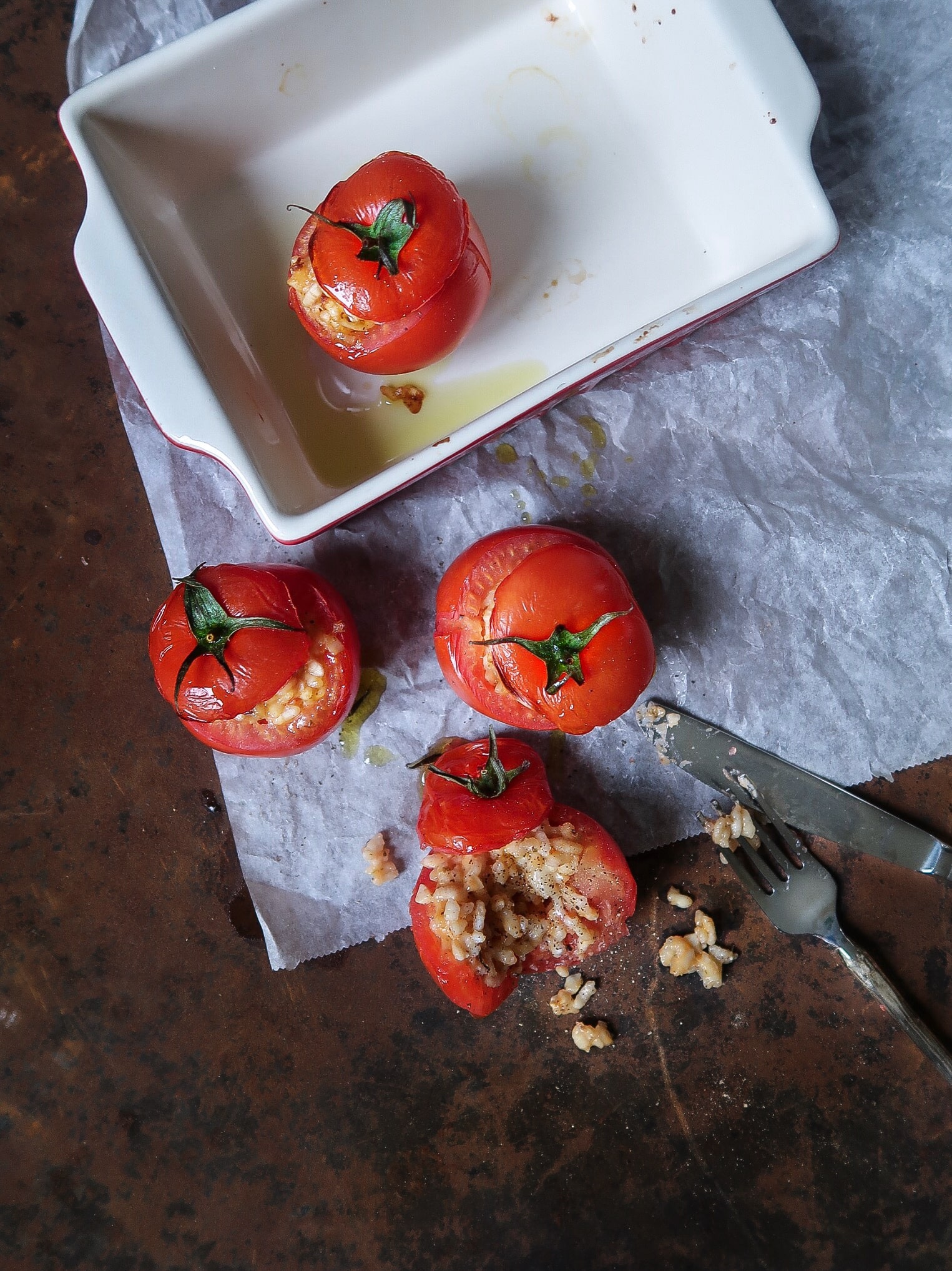 In the past I’ve already made the stuffed paprika’s a couple of times, however I never did the same trick with tomatoes. The sweetness of the tomatoes pair really well with other flavors, that’s why I decided to stuff them with a creamy risotto. The tomatoes stuffed with risotto are delicious to eat as a main (however you might need more than 4 per person) or as a side with fish or a green salad.

PS: you can also decide to use risotto from the day before, so in this case make an extra batch!

What do you need for 2 persons?

How to make tomatoes stuffed with risotto?

Rinse the tomatoes en slice off the upper part of the tomato, don’t throw these away because they will serve as a cover later. Hollow the tomatoes out and save the pulp, take out the hard piece and chop the rest. Put the pulp in a bowl and save it for later. Dry the tomatoes from the inside by putting them upside down on a sheet of kitchen paper.

Chop the shallots and cloves of garlic en cook them in a frying pan with a drop of olive oil, after a minute add the dried oregano and chili flakes and let is cook for another minute. Mix the cooked water with the halved stock cube. Add the risotto to the frying pan and add 1/3 of the stock, stir until dry and then add again some stock. Repeat the process until all the moisture is absorbed. Grate the Parmesan cheese and add to the risotto, stir until all the cheese has melted. By now the rice grains should be perfect, bring the risotto to taste with some ground pepper.

Preheat the oven to 180 degrees C.

Stuff the tomatoes with the risotto and cover them with the upper part containing the stem. Then put the tomatoes in a baking tray. When the oven has the right temperature, slide the oven tray into the oven and bake the tomatoes for 20 minutes.

What did you think of these tomatoes stuffed with risotto? Let me know!